Leading the way in superconductor research: new compounds of lanthanum and hydrogen 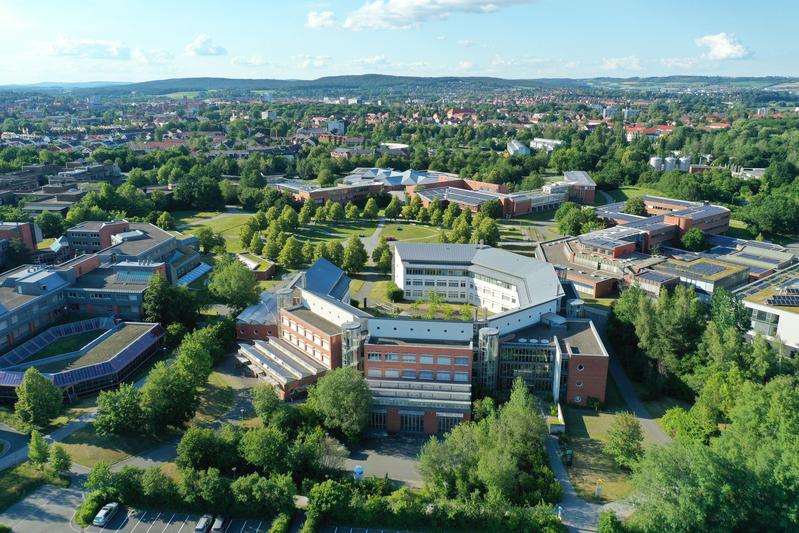 The Bavarian Research Institute of Experimental Geochemistry & Geophysics (BGI) on the Campus of the University of Bayreuth. Photo: UBT. 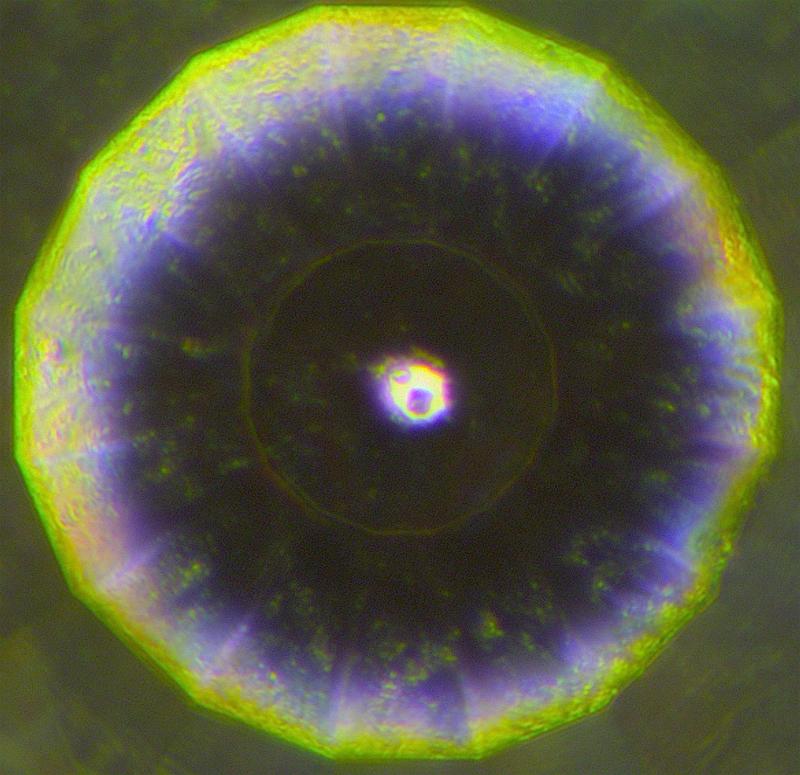 All superconductors known today that are used in research and industry are superconducting only below 150 degrees Kelvin (around minus 120 degrees Celsius). Materials that have this property at higher temperatures are therefore being sought worldwide. Based on theoretical modeling, hydrides have increasingly come into focus. An international research team led by scientists from the University of Bayreuth now reports in "Nature Communications" on new compounds of lanthanum and hydrogen synthesized under high pressures. The surprising structural analyses of these lanthanum hydrides will be able to further advance the search for new superconductors.

Superconducting materials are characterized by the fact that they lose their electrical resistance below a certain temperature, the so-called transition temperature. In principle, they would be ideal for transporting electrical energy over very long distances from the electricity producer to the consumer. Numerous energy challenges would be solved in one fell swoop: For example, the electricity generated by wind turbines on the coast could be channelled inland without losses. However, this would only be possible if materials were available that have superconducting properties at normal room and ambient temperatures.

In 2019, an unusually high transition temperature of minus 23 degrees Celsius was measured in experiments coordinated by the Max Planck Institute in Mainz. The measurement took place at a compression pressure of 170 gigapascals – 1.7 million times higher than the pressure of the Earth's atmosphere. The material was a lanthanum hydride (LaH10+δ), a compound of atoms of the metal lanthanum with hydrogen atoms. The report on these experiments and other similar reports remain highly controversial. They have internationally aroused great interest in research on lanthanum hydrides with different compositions and structures.

The new study, published in “Nature Communications”, takes up this focus of research. The measurement data from 2019 suggested that also other superconducting lanthanum hydrides form under very high compression pressures. These considerations have now been confirmed: A total of seven lanthanum hydrides were produced in the high-pressure laboratory of the Bavarian Research Institute of Experimental Geochemistry & Geophysics (BGI): the two already known compounds LaH10+δ and LaH3, and the previously unknown lanthanum hydrides LaH~4, LaH4+δ, La4H23, LaH6+δ, and LaH9+δ. All these compounds were formed from samples containing lanthanum and paraffin which is a hydrogen-rich mixture of saturated hydrocarbon. The samples were subjected to very high pressures between 96 and 176 gigapascals in diamond anvil cells and heated to over 2,200 degrees Celsius.

In cooperation with the German Electron Synchrotron (DESY) in Hamburg and the Center for Advanced Radiation Sources in Chicago, it was possible to identify the structures of the new compounds of lanthanum and hydrogen. It turned out that lanthanum hydrides with the same arrangement of lanthanum atoms differ considerably in their hydrogen content. In other words, the same framework of lanthanum atoms can be linked to different numbers of hydrogen atoms. The hydrogen atoms can thereby be arranged in very different ways. The scientists have shown that a similar structural diversity can also exist in hydrides that contain other metals from the rare earth group instead of lanthanum. These surprising findings refute a hypothesis that has played a central role in research into superconducting materials up to now: namely, the prejudice that a certain number and arrangement of lanthanum atoms only allows only for one specific configuration of hydrogen atoms.

Against this background, the coordinator of the study, Prof. Dr. Dr. h.c. Natalia Dubrovinskaia from the Laboratory of Crystallography at the University of Bayreuth explains: "In our search for superconductors with higher transition temperatures, theoretical models and calculations based on them are indispensable. Hydrogen-containing solids have proven to be highly promising materials. The superconductivity of these chemical compounds depends, as we know today, essentially on the number and arrangement of the hydrogen atoms. It is therefore all the more important that our theoretical models do not incorporate incorrect assumptions that lead to hydrogen-containing solids with a high transition temperature remaining undiscovered.“ Prof. Dr. Dr. h.c. Leonid Dubrovinsky from BGI adds: „Our findings on lanthanum hydrides firmly remind us that in the search for optimal superconductors we must not underestimate the number of possible hydrogen-containing compounds and the variety of possible configurations of hydrogen atoms."

The new study is based on close collaboration between the University of Bayreuth and research partners at the universities in Linköping, Edinburgh and Frankfurt am Main, as well as at the Center for High Pressure Science & Technology Advanced Research in Beijing. The first author, Dr. Dominique Laniel, worked until recently at the Laboratory for Crystallography and the Bavarian Research Institute of Experimental Geochemistry & Geophysics (BGI) and now heads a research group at the University of Edinburgh.