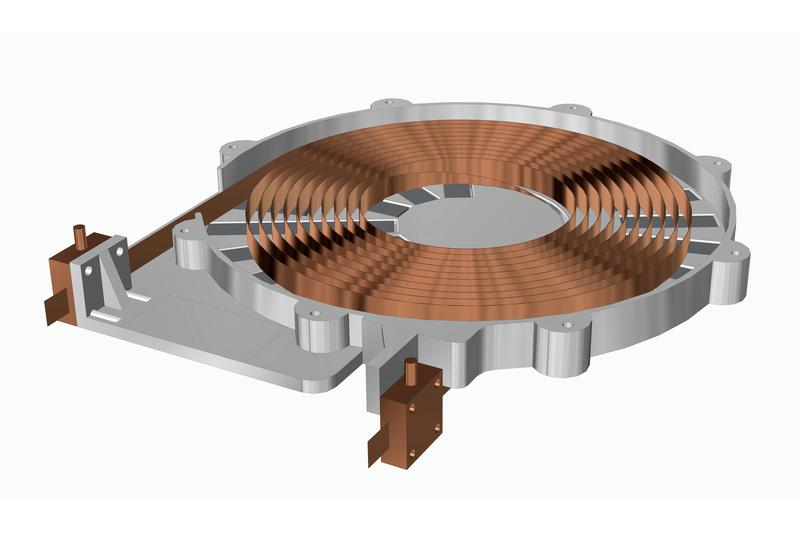 A team of physicists at the Technical University of Munich has developed a coil made of superconducting wires that can transmit power of more than five kilowatts contactless without major losses. Christoph Utschick, Würth Elektronik eiSos 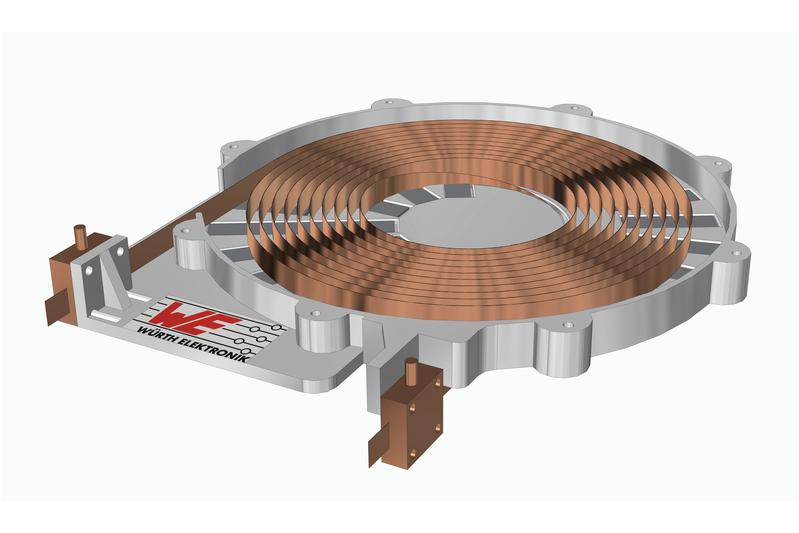 A team of physicists at the Technical University of Munich has developed a coil made of superconducting wires that can transmit power of more than five kilowatts contactless without major losses. Christoph Utschick, Würth Elektronik eiSos

A team led by Technical University of Munich (TUM) physicists Christoph Utschick and Prof. Rudolf Gross has succeeded in making a coil with superconducting wires capable of transmitting power on the order of more than five kilowatts contactless and with only small losses. The wide range of conceivable applications include autonomous industrial robots, medical equipment, vehicles and even aircraft.

Contactless power transmission has already established itself as a key technology when it comes to charging small devices such as mobile telephones and electric toothbrushes. Users would also like to see contactless charging made available for larger electric machines such as industrial robots, medical equipment and electric vehicles.

Such devices could be placed on a charging station whenever they are not in use. This would make it possible to effectively utilize even short idle times to recharge their batteries. However, the currently available transmission systems for high performance recharging in the kilowatt range and above are large and heavy, since they are based on copper coils.

Working in a research partnership with the companies Würth Elektronik eiSos and superconductor coating specialist Theva Dünnschichttechnik, a team of physicists led by Christoph Utschick and Rudolf Gross have succeeded in creating a coil with superconducting wires capable of contactless power transmission in the order of more than five kilowatts (kW) and without significant loss.

The researchers developed a special coil design in which the individual windings of the coil are separated from one another by spacers. "This trick significantly reduces alternating current loss in the coil," says Christoph Utschick. "As a result, power transmission as high as the kilowatt range is possible."

Optimization with analytical and numerical simulations

The team chose a coil diameter for their prototype that resulted in a higher power density than is possible in commercially available systems. "The basic idea with superconducting coils is to achieve the lowest possible alternating current resistance within the smallest possible winding space and thus to compensate for the reduced geometric coupling," says Utschick.

This called on the researchers to resolve a fundamental conflict. If they made the distance between the windings of the superconducting coil small, the coil would be very compact, but there would be a danger of superconduction collapse during operation. Larger separations would on the other hand result in lower power density.

"We optimized the distance between the individual windings using analytical and numerical simulations," says Utschick. "The separation is approximately equal to half the width of the tape conductor." The researchers now want to work on further increasing the amount of transmittable power.

If they succeed, the door will open to a large number of very interesting application areas, for example uses in industrial robotics, autonomous transport vehicles and high-tech medical equipment. Utschick even envisions electric racing vehicles which can be charged dynamically while on the race track, as well as autonomous electric aircraft.

Wide-scale applicability of the system still faces an obstacle, however. The coils require constant cooling with liquid nitrogen, and the cooling vessels used cannot be made of metal. The walls of metal vessels would otherwise heat up considerably in the magnetic field, much as a pot does on an induction stove.

"There is as yet no cryostat like this which is commercially available. This will mean an extensive amount of further development effort," says Rudolf Gross, Professor for Technical Physics at the Technical University of Munich and Director of the Walther-Meissner-Institute of the Bavarian Academy of Sciences and Humanities. "But the achievements up to now represent major progress for contactless power transmission at high power levels."

Cooperation partner Würth Elektronik eiSos defined the topic and financed the industrial promotion underlying this publication. Essential parts of the research were conducted at the Walther-Meissner-Institute (WMI) of the Bavarian Academy of Sciences and Humanities. The high-temperature superconductors used were provided by Theva Dünnschichttechnik, a spin-off company of the Technical University of Munich.