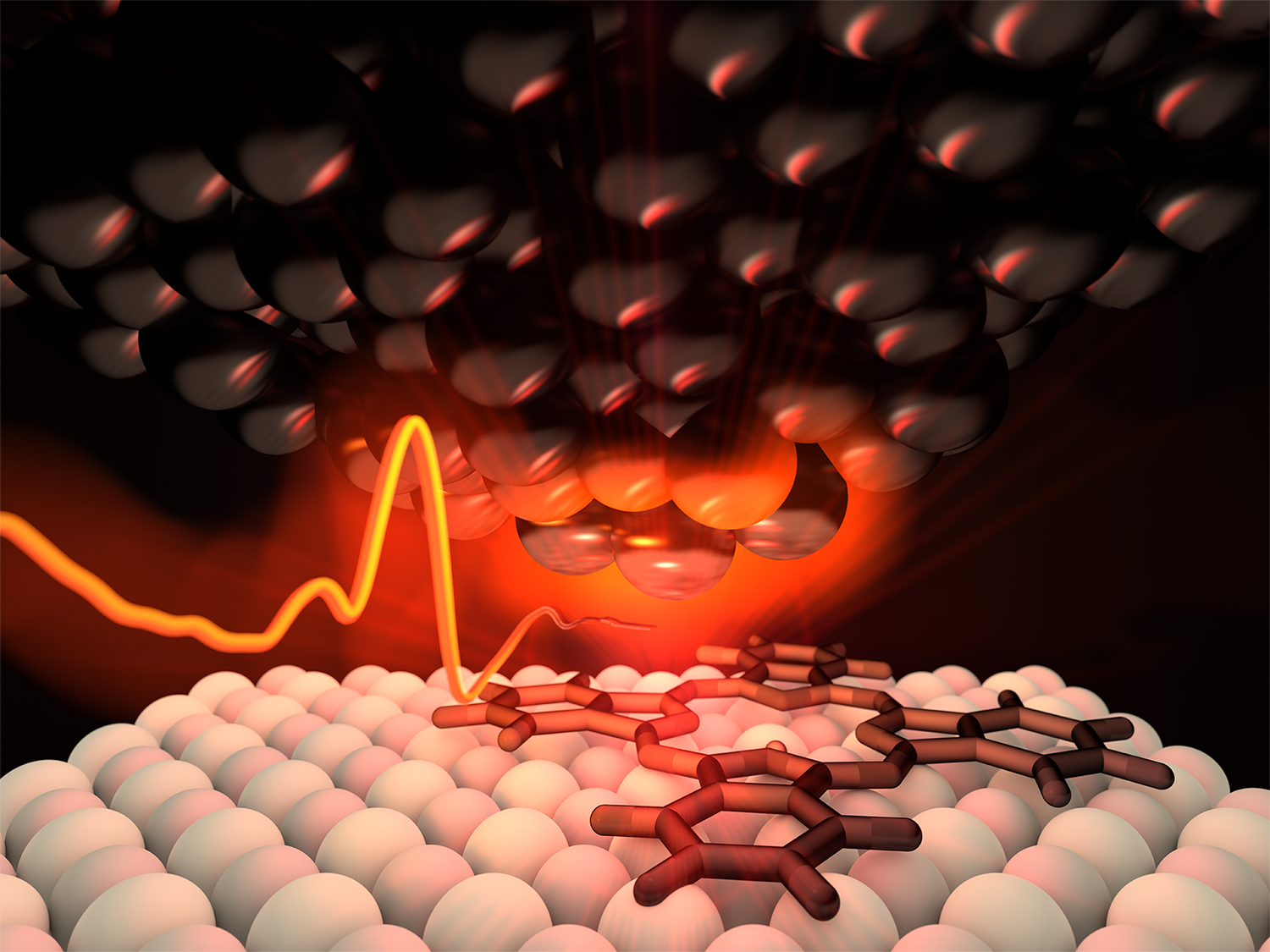 Researchers at the the University of Regensburg and the MPSD in Hamburg have developed a groundbreaking method to detect the dynamics of light on such a small scale with high temporal resolution.

Since the 17th century, researchers have explored tiny objects in their most fundamental detail using light and optical microscopes. However, because visible light has a wavelength more than a thousand times larger than the size of an atom, today’s most advanced microscopes routinely image the atomic world with electrons, X-rays and other techniques that produce incomparably higher resolutions than light waves. Paradoxically, at these atomistic length scales the behavior of light itself remains a mystery in many aspects. This applies in particular to the temporal behavior of light on these ultrasmall scales, where the laws of classical physics lose their validity and quantum physics rules instead.

Now researchers at the University of Regensburg and the MPSD in Hamburg have developed a groundbreaking method to detect the dynamics of light on such a small scale with high temporal resolution. The key ingredient of this fundamental breakthrough is a highly sensitive tracer molecule, which detects changes in the local electro-magnetic fields and can be tuned externally with very high precision. The results have been published in Nature Photonics.

The University of Regensburg team placed the molecule, magnesium phthalocyanine, in a 0.9 nanometer gap – less than a billionth of a meter – between an ultrasharp tungsten tip and the surface in a so-called scanning tunneling microscope junction. The tracer molecule then acts as a molecular switch that is triggered exactly at a specific local field strength. These switching events can then be measured experimentally as the conformation of the molecule changes, which in turn alters the current that passes through the junction.

This enables researchers for the first time to sample time-resolved atomistic electromagnetic fields. To reach time-resolution, external laser pulses are used to tune the local fields such that the molecular switch triggers with varying probability. By relating the measured current to the switching probability, the researchers are able to extract the time-dependent values of the local electromagnetic fields.

To obtain a better understanding and validation of the experimental technique, researchers at the MPSD conducted state-of-the-art atomistic computer simulations. They managed to simulate the effects of an external laser field on the quantum state of the molecule’s electrons and the resulting tunneling current, which causes the switching of the probe molecule. The simulations confirmed the fundamental relations assumed in the experiments and that the interpretation of the experimental results is based on solid theoretical ground.

In addition, the animations of the electric potential in the junction clarified the origin of the local electromagnetic fields in the chosen surface-tip arrangement, which leads to the emergence of the measured tunneling currents.

Until now, researchers could only access the dynamics of light on molecular scales indirectly, namely by observing its effect on matter. This discovery opens a new pathway to observe light-matter interactions in space and time, in a regime where local quantum dynamics determines the properties of light. This could revolutionize the field of nanoscale devices and metamaterials that can tailor and harness near fields for a variety of applications, including light harvesting, electronics and nanoimaging.