How many ants are there? 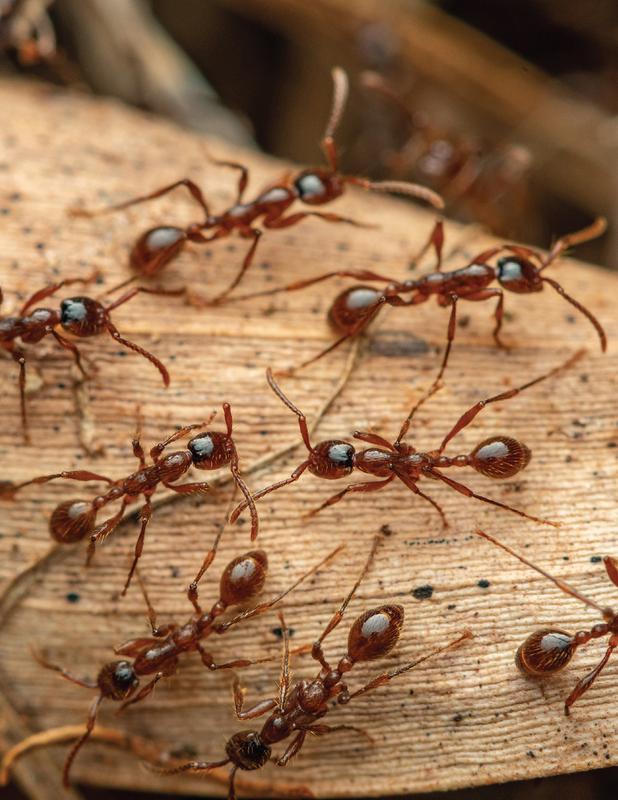 Driver ants of the genus Aenictus are widespread in Africa and Australasia. Although they are not common, their columns of thousands of ants moving frantically through the forest are remarkable. François Brassard 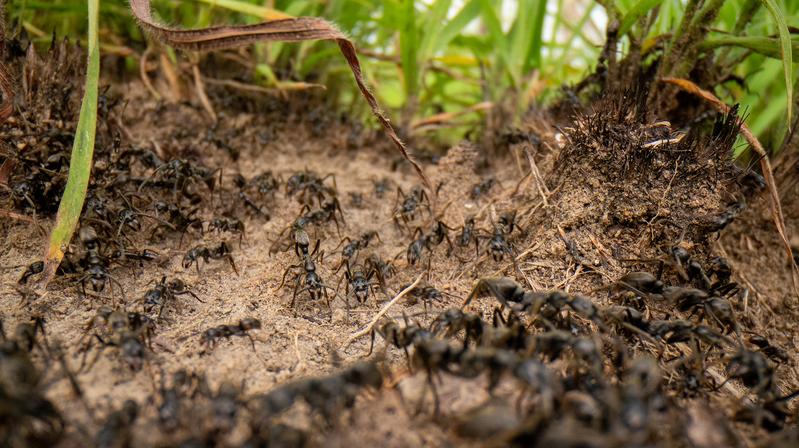 Ants are usually found in large numbers. But how many of them are there in total on earth. Erik Frank

Have you ever asked yourself this question? A team led by Würzburg biologists Dr. Patrick Schultheiss and Dr. Sabine Nooten now has the answer. In addition to the number, the distribution was also determined.

How many stars are there in our galaxy? How many grains of sand in the Sahara? How many ants live on Earth? These are all questions that seem impossible to answer. However, through intensive and extensive data analysis, science is coming amazingly close to finding the solutions. When it comes to ants, a team led by Würzburg biologists Sabine Nooten and Patrick Schultheiss has done just that.

Schultheiss has been conducting research at the Chair of Behavioral Biology and Sociobiology at Julius Maximilians University (JMU) since 2022. He was drawn to Würzburg from the University of Hong Kong. The publication entitled "The Abundance, Biomass, and Distribution of Ants on Earth", now published in Proceedings of the National Academy of Sciences of the USA (PNAS), was produced in cooperation with said University.

But how many ants are there? Sabine Nooten, also lead author and recently moved from Hong Kong to Würzburg, clarifies: "According to our estimates, the global ant population is 20 x 10 to the power of 15 – that is, 20 quadrillion animals. That is a 20 with 15 zeros, which is hard to grasp and appreciate."

It becomes clearer when you calculate the biomass of the animals. This amounts to 12 megatons of carbon. "That exceeds the combined biomass of wild birds and mammals and corresponds to about 20 percent of humanity's biomass," Patrick Schultheiss explains.

In order to calculate the number of ants, the team reviewed a wide variety of existing studies on the insects, ultimately evaluated about 500 suitable papers, and combined them in a database.

It was known that ants inhabit almost all habitats, except for the polar regions. The study was the first to empirically investigate how they are distributed there. It turned out that the tropics have the highest ant density. Besides the climate zone, local ecosystems also play an important role. Forests and arid regions are home to the most specimens, whereas they are much rarer in areas heavily influenced by humans.

Future studies should focus on which environmental influences specifically affect the distribution of the ants and to what extent this will change, especially as a result of climate change.

Important role in the ecosystem

Why the number and distribution of these animals is so important in the first place is shown by an example cited in the study: "Per hectare, ants move up to 13 tons of soil mass per year," reports Patrick Schultheiss, "so they have a great influence on maintaining the nutrient cycle and also play a decisive role in the distribution of plant seeds."

Sometimes, however, the insects' influence is also negative. Invasive species, for example fire ants, can have a negative impact on local biodiversity and cause considerable damage.

The abundance, biomass, and distribution of ants on Earth. Proceedings of the National Academy of Sciences of the USA. https://doi.org/10.1073/pnas.2201550119