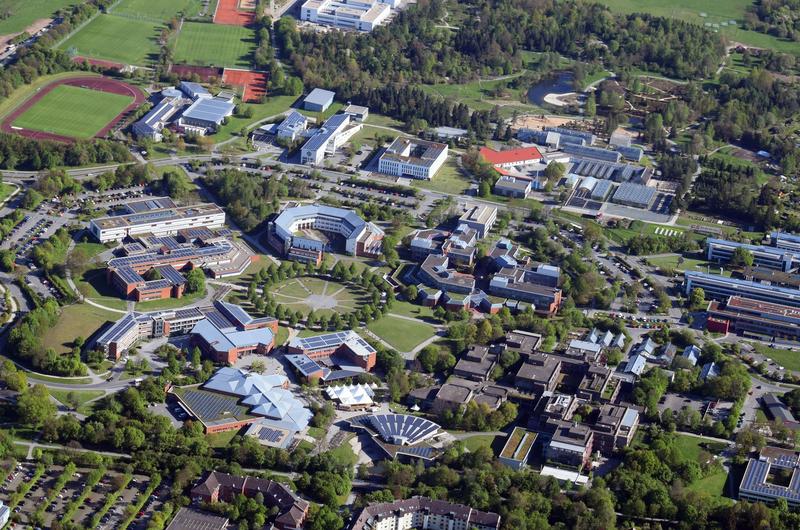 The Campus of the University of Bayreuth. Photo: UBT.

Its collaborations with companies, combined with a high level of economic relevance of scientific projects, its international teaching and research profile, in addition to strong interdisciplinary cooperation on its campus – these are all areas in which the University of Bayreuth achieved excellent ratings in the U-Multirank published today. Funded by the European Union, U-Multirank is a worldwide ranking of universities and higher education institutions. It is published by an international network under the auspices of Germany's Centre for Higher Education Development (CHE) and the Center for Higher Education Policy Studies (CHEPS) in the Netherlands.

The University of Bayreuth's close cooperation with industry and SMEs, as well as its relevance to economic and technological issues, is reflected above all in the fact that it received outstanding ratings in three areas: the amount of third-party funding it receives, its large number of joint publications with industry partners, and how frequently its research contributions are cited in patents. In the last two criteria, the subjects of chemistry and physics at the University of Bayreuth belong to the leading group internationally. Mathematics and the engineering fields of mechanical and electrical engineering are also particularly strong in terms of external funding.

"In recent years, the University of Bayreuth has steadily expanded its network of international partnerships in research and teaching, not least with its Gateway Offices in Bordeaux, Melbourne and Shanghai, which specifically foster research cooperation and the exchange of early-career researchers. In addition, we have developed an attractive range of English-taught master's programmes, for example in the fields of energy, environment, and health. Happily, this international profile, which we intend to keep expanding, is reflected in the latest rankings. At the same time, we seek to support technological innovations in close cooperation with companies, especially in our own region. That is why I am especially pleased to see that research contributions from our university are being cited particularly frequently in patent specifications," said University President Prof. Dr. Stefan Leible.

Back
University of Bayreuth
© Research in Bavaria