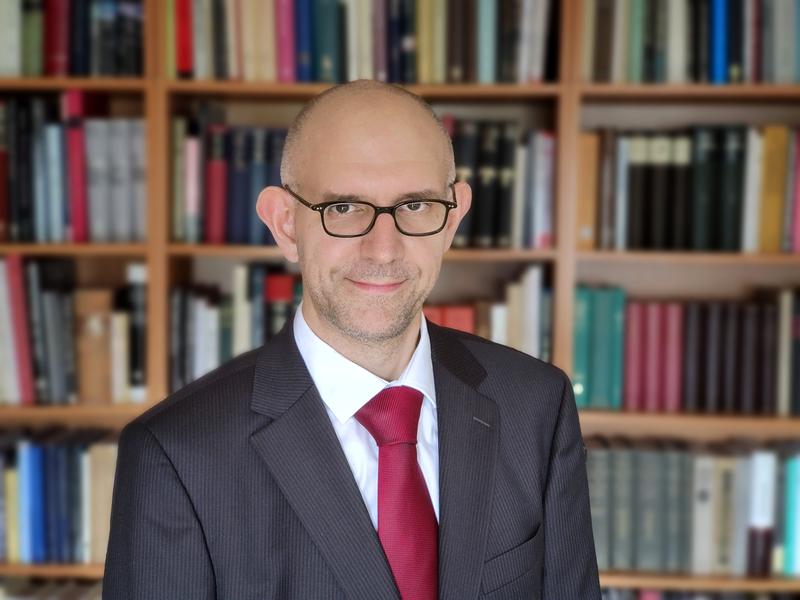 The Professor of Late Antique History and Culture was elected Henriette Herz scout by the Humboldt Foundation.

Prof. Dr. Dr. Dr. Peter Riedlberger will bring three excellent young scientists to Bamberg in the course of the next years. The Professor of Late Antique History and Culture at the University of Bamberg has been selected by the Alexander von Humboldt Foundation as a Henriette Herz Scout. In the Henriette Herz Scouting Program, a scout’s recommendation replaces the peer review that is otherwise used to award the coveted Humboldt Fellowships. Both sides benefit from the Humboldt exchange. From a German perspective, it particularly strengthens the internationalisation of German research.

“Being selected as a scout means a great honor but also comes with a great responsibility," says Peter Riedlberger. Since only a formal review takes place after the scout’s recommendation, everything hinges on a responsible exercise of the nomination rights. In this evalutation round, only three professors from the domain of social sciences and humanities were selected as scouts. “This is a great personal success for Professor Riedlberger and emphatically confirms the performance and competitiveness of historical research at the University of Bamberg", emphasizes Prof. Dr. Thomas Saalfeld, Vice President for Research and Early-career Scholars at the University of Bamberg.

Humboldt Research Fellowships are highly competitive awards that allow postdoctoral scientists from abroad to conduct research in Germany for a certain period of time. The Humboldt Foundation has observed that certain groups have not been reached to the desired extent. “An excellent scientist who has achieved a permanent position at a very early career stage due to her achievements may not take the time to draft an application in addition to her everyday business,” Riedlberger explains. A highly qualified postdoc from Mexico might think of the U.S. rather than Germany when planning a stay abroad. The Henriette Herz Scouting Program was created to reach out to such individuals. Every year, around 40 professors from Germany are selected across all disciplines, and they have up to three rights of nomination each.

In the selection process, Peter Riedlberger places particular emphasis on proven quality observable in publications: “It's not just about being ‘promising’, but above all about delivering on that promise.” The Henriette Herz Scouting Program also aims at supporting women. “The postdoc phase is the career stage during which particularly many women leave science for various reasons,” Riedlberger explains. In addition to research and family, there is often little time for writing proposals. “A Humboldt fellowship is an extraordinary opportunity to conduct fully funded research on a topic of one's own choosing for up to two years,” says Riedlberger. “One can expect that the results thus obtained will give a boost to a young scholar's career.” In addition, he says, the Humboldt Foundation provides excellent networking with the German scientific community, as well as among the postdocs themselves. Moreover, the prestige of the Humboldt Foundation is enormous. “Without a doubt, ‘Humboldt’ on one’s CV will be helpful later on during job applications.”

The University of Bamberg provides the visiting scholars with a workplace and all required research equipment. Informally, they are integrated into Peter Riedlberger's research group, which is working on late antique constitutions with an ERC grant. “But of course, the Humboldt fellows are at full liberty to focus on their own research. The host, i.e. me, promotes and supports this,” says Riedlberger.

Back
History / Archaeology University of Bamberg
© Research in Bavaria