Plant biodiversity in the mountains 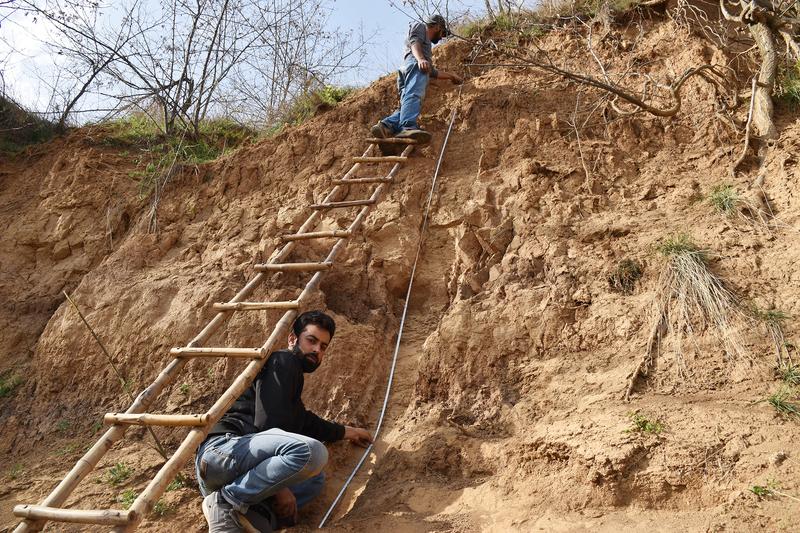 Showkat Mir during an exkursion in the Pir Panjal range. privat, Uni Würzburg

Large mountain ranges often offer a high degree of biodiversity. Botanist Dr. Showkat Mir wants to study the uplift induced diversification of plants in the Himalayas as part of a Humboldt Fellowship at the Julius Maximilians University (JMU) Würzburg.

One explanation for the richness of species in the mountains is that very special habitats and niches are created during mountain formation. For instance, a particular microclimate may prevail in these niches, that are also separated from one another by natural barriers and protected from certain external influences. For example, local plant species reproduce and grow quickly than they would under normal conditions.Botanist Dr Showkat Mir will examine dated loess-paleosol sequences using a multi-proxy approach that combines phytoliths (plant microfossils), sedimentological, and geochemical data and relates them to the uplift rate to investigate uplift-induced diversification in the Kashmir Himalaya and the paleoenvironmental and paleoclimate conditions that influenced vegetation diversification and dynamics during the Late Quaternary. His research stay at the University of Würzburg is supported by an Alexander von Humboldt Foundation scholarship (AvHS).

Studies in the Himalayas

Mir spent two months in the summer of 2021 collecting hundreds of sediment samples in the Pir Panjal, a mountain group in the Kashmir region of the Indian Himalayas. Over the last four million years, the Pir Panjal has risen 3,000 meters at an extreme rate in tectonics: "As a result, the region is home to an unusually large number of plant species", explains Mir.

Moreover, sedimentary deposits more than one thousand meters thick have formed here. These geoarchives provide important clues for analyzing the vegetation and climate dynamics of the region.

A botanist in Geography

For botanist Showkat Mir, the work in Würzburg means an excursion into unfamiliar terrain. At JMU, he works at the Chair of Geomorphology at the Institute of Geography and Geology with Professor Julia Meister. For the physical geographer, phytoliths represent one of her main research areas: "With her expertise, she is a great support for my research, especially because parts of the work are still new to me." Professor Katharina Neumann from the Goethe University in Frankfurt put Mir in touch with Julia Meister.

Mir expects the analysis of the sedimentary samples to provide a better understanding of the diversification and dynamics that influenced the vegetation of the region. Broadly speaking, the project is concerned with the well-being of the planet and will also address issues such as climate change and changes in biodiversity: "By analyzing the past, we can look to the future. For example, when it comes to climate forecasts," Mir knows.

After completing his bachelor's and master's degrees in botany at the University of Kashmir and Guru Nanak Dev University, Showkat Mir worked for the Department of Biotechnology Science and Technology of the Indian government between 2015 and 2018 on a scholarship. This was followed by a PhD at the University of Kashmir's Department of Botany and a research fellowship there. Mir has now been conducting research at JMU on a scholarship from AvHS since August 2022.