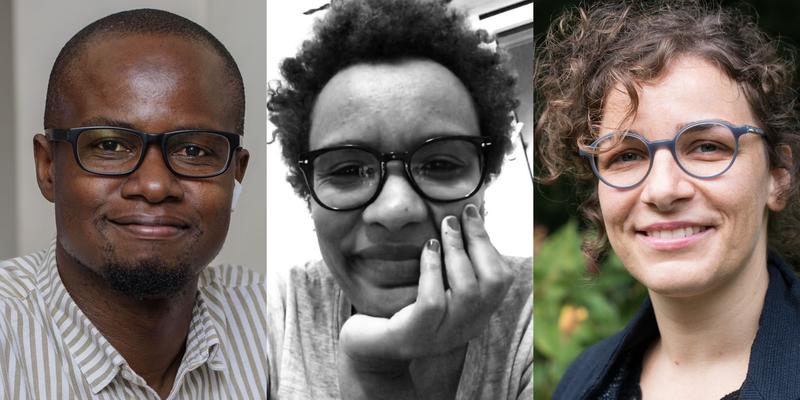 The project "African Studies in Germany through the lens of Critical Race Theory" has prevailed in the new funding initiative "Aufbruch - Neue Forschungsräume für die Geistes- und Kulturwissenschaften" of the Volkswagen Foundation (VolkswagenStiftung) : Dr. Serawit B. Debele, researcher at the Cluster of Excellence "Africa Multiple" at the University of Bayreuth, Stephanie Lämmert, Ph.D. at the Max Planck Institute for Human Development in Berlin, and Dr. Yusuf K. Serunkuma from the Martin Luther University Halle-Wittenberg (MLU), are now jointly investigating African Studies in Germany from the perspective of Critical Race Theory.

The researchers are starting from the observation that a canon of academic literature has emerged in African studies at German universities that has gained a dominant influence on research and teaching. They therefore want to investigate the extent to which this canon of literature is still shaped by the colonial roots of African studies in Germany and thus perpetuates white perspectives on the continent. The researchers Stephanie Lämmert, Ph.D. at the Max Planck Institute for Human Development in Berlin, Dr. Serawit B. Debele from the University of Bayreuth, and Yusuf K. Serunkuma from MLU want to find out how this selection came about: Which texts and perspectives were left out and why? "We intend to identify the underlying problems in African studies and address the profound theoretical and methodological issues that arise from the gap between 'activist' knowledge that emerges beyond the white university context and the knowledge of supposedly neutral scholars*," the researchers explain. "We argue that the notion of Germany as a 'postracial society' obscures the fact that its politics of knowledge production was and still is deeply racialised. Our aim is also to develop useful conceptual and theoretical tools to bring together scholarly and activist knowledge production about Africa."

Underlying this project is Critical Race Theory (CRT), which originated in the US and argues that the category of race is socially constructed and not biologically based. CRT assumes that racism is deeply rooted in society and its institutions. The researchers say: "This is because white knowledge is presented as the universal standard, even though it does not take into account the perspectives of persons of colour. Therefore, science cannot be neutral either."

The project "African Studies in Germany through the lens of Critical Race Theory" is one of nine projects that prevailed among 196 applications and will now be funded by the Volkswagen Foundation with a total of 2.6 million euros. The funding initiative "Open Up – New Research Spaces for the Humanities and Cultural Studies" aims at exploring so far untapped research spaces by funding projects which are primarily concerned with reflecting and exploring new and original research approaches. This could be done, as the “VolkswagenStiftung” explains, for example, by bringing together different perspectives in a novel way or by exploring new methodological approaches. The Volkswagen Foundation says: “In any case, it is about the process of exploring that creates space for the new and unpredictable – not about the final answer to a question or justification of a hypothesis. Explicitly sought are projects with a high degree of originality which can also be accompanied by a corresponding high-risk character of the project – the possibility of not achieving the envisaged project goals therefore does not provide an argument against the approval of the project.”

Background African Studies at the University of Bayreuth:

With the Institute for African Studies (IAS), the international graduate school BIGSAS (Bayreuth International Graduate School of African Studies), the Iwalewahaus and the Cluster of Excellence "Africa Multiple", the University of Bayreuth is a leader in the field of African studies in Germany. Reorienting these together with African partner institutions - this is what the Cluster of Excellence "Africa Multiple" is all about. The focus is on the continental and transcontinental interconnections of cultural, linguistic, social, religious, political, economic and ecological processes. New forms of intercontinental scientific cooperation are emerging in the cluster, especially through the four newly founded African Cluster Centres in Burkina Faso, Kenya, Nigeria and South Africa. The international teams are jointly developing research methods to arrive at a differentiated view of Africa. Since 2021, Dr Serawit Debele has been junior research group leader for the area of intersectionality within the cluster.

Stephanie Lämmert is a researcher in the research area History of Emotions at the Max Planck Institute for Human Development in Berlin. In close dialogue with psychologists and educationalists, but also with ethnologists, sociologists, literature, art and musicologists, historians explore the emotional orders of the past. They assume that feelings - sensations and their expression - are culturally formed and socially learned. What someone is allowed to feel/show in a certain situation or towards another person and thing is socially standardised and thus historically variable. The Max Planck Institute for Human Development was founded in Berlin in 1963 and is an interdisciplinary research institution dedicated to the study of human development and education as well as human-machine interaction. The Institute is part of the Max Planck Society for the Advancement of Science, one of the leading organisations for basic research in Europe.

The research area Political and Legal Anthropology in Postcolonial Africa at MLU deals with topics such as modern statehood, bureaucracy, legal pluralism, identity and conflict studies or moral anthropology. A particular focus is on a reflexive form of ethnological research that, for example, re- and deconstructs dominant discourses of knowledge. This also involves overcoming Eurocentric perspectives on knowledge and science. This approach becomes visible, for example, in the annual Anton Wilhelm Amo Lecture, which is dedicated to Europe's first African philosopher with a doctorate. Yusuf Serunkuma received his doctorate in 2022 in the Department of Political and Legal Anthropology and will work as a PostDoc in the new research project.