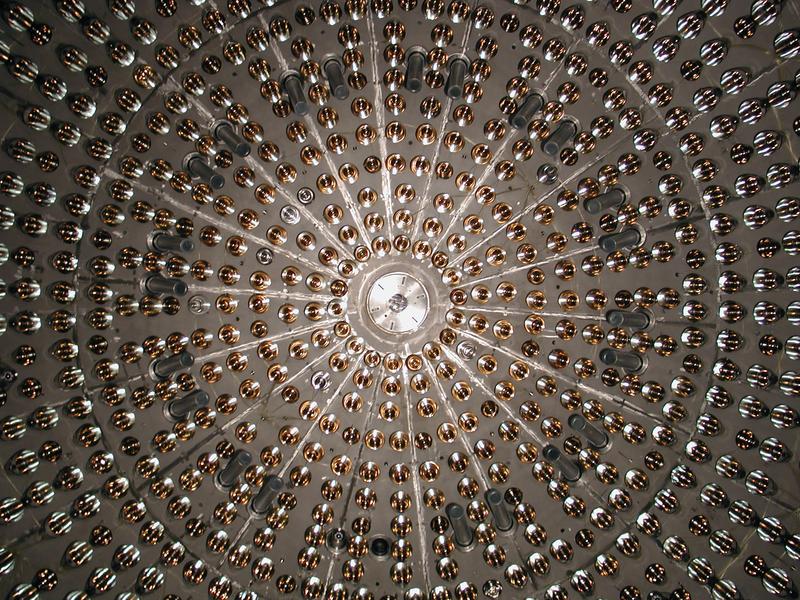 Inside view of the Borexino detector Borexino Collaboration 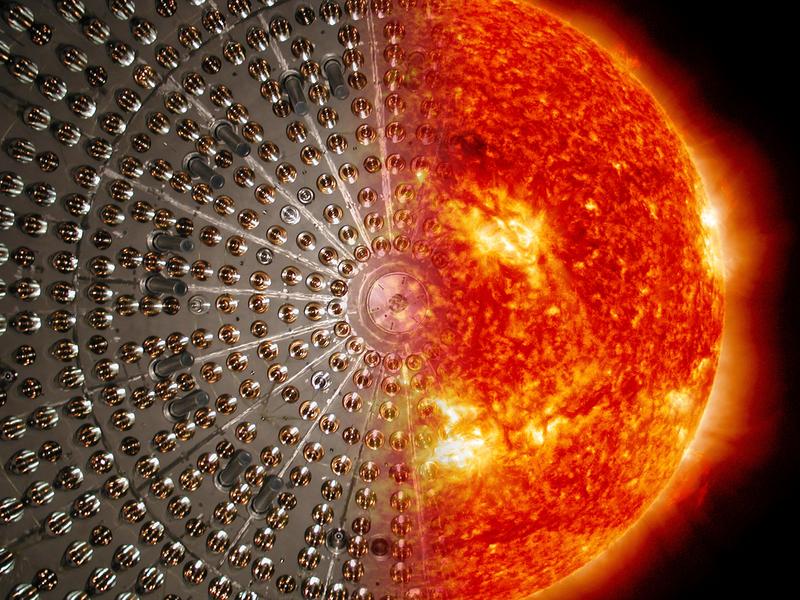 The Borexino experiment research team has succeeded in detecting neutrinos from the sun's second fusion process, the Carbon Nitrogen Oxygen cycle (CNO cycle) for the first time. This means that all of the theoretical predictions on how energy is generated within the sun have now also been experimentally verified. The findings are the result of years of efforts devoted to bringing the background sources in the energy range of the CNO neutrinos under control.

The sun generates its energy through the fusion of hydrogen to helium. This occurs in two ways: The majority of the energy, approximately 99 percent, comes from a process of fusion and decay which begins with two hydrogen nuclei and ends with one helium nucleus. This process is referred to as the pp (proton-proton) chain.

The rest of the energy results from a cycle in which a total of four hydrogen nuclei ultimately combine to form a helium nucleus with the help of carbon, nitrogen and oxygen as catalysts and intermediate products. In stars larger than our sun the majority of energy generated is generated by this second process, referred to as the CNO process because of the involvement of carbon, nitrogen and oxygen.

Proof for the fusion cycle postulated in the 1930s

This second cycle was postulated as another source of the sun's energy in the 1930s by physicists Hans Bethe and Carl Friedrich von Weizsäcker independently of one another, but could not be experimentally confirmed until now.

Physicists working on the Borexino experiment in the underground laboratory deep below the Italian Gran Sasso massif have now succeeded for the first time in proving the presence of this cycle based on the neutrinos it produces.

Several years ago the Borexino team presented for the first time an overall investigation of the fusion processes of the pp chain using its neutrinos. Scientists from the physics department of the Technical University of Munich (TUM) were centrally involved both measurement processes.

Interference obscured the signal until now

Because of their energy distribution, the neutrinos of the CNO cycle were difficult to distinguish from those generated by the radioactive decay of tiny traces of other elements. Primarily bismuth-210 from trace impurities on the surface of the detector wall were responsible for concealing the signals of the CNO cycle.

Due to convection movements, these contaminants got into the detector liquid. In order to eliminate the disturbance, the convection inside the Borexino detector had to be brought to a standstill, which was technically extremely elaborate.

"For a long time I thought it would never be possible to successfully make this measurement," says Stefan Schönert, Professor for Experimental Astroparticle Physics at Technical University of Munich. "But six years of hard work have paid off and now we've proven the presence of the CNO neutrino signal for the first time."

New evidence on the metallicity of the sun

These results confirm not only the theoretical predictions on the sun's two fusion processes, they also provide evidence regarding the metallicity of the sun, i.e. the concentration levels of nuclei which are heavier than hydrogen and helium.

This is particularly important in the context of the fundamental properties of stars such as their size, temperature, brightness and lifetime, which are determined by the degree of metallicity. Understanding the chemical composition of the sun is therefore essential to understanding the properties of all stars.

The Borexino experiment is based in the Laboratori Nazionali del Gran Sasso (Italy) and was launched in 2007. Research groups from Germany, Italy, France, Poland, Russia and the USA work together on the Borexino experiment. In Germany the following institutions are participating: Technical University of Munich (TUM), Forschungszentrum Jülich, Johannes Gutenberg University Mainz, Technical University of Dresden and RWTH Aachen University.