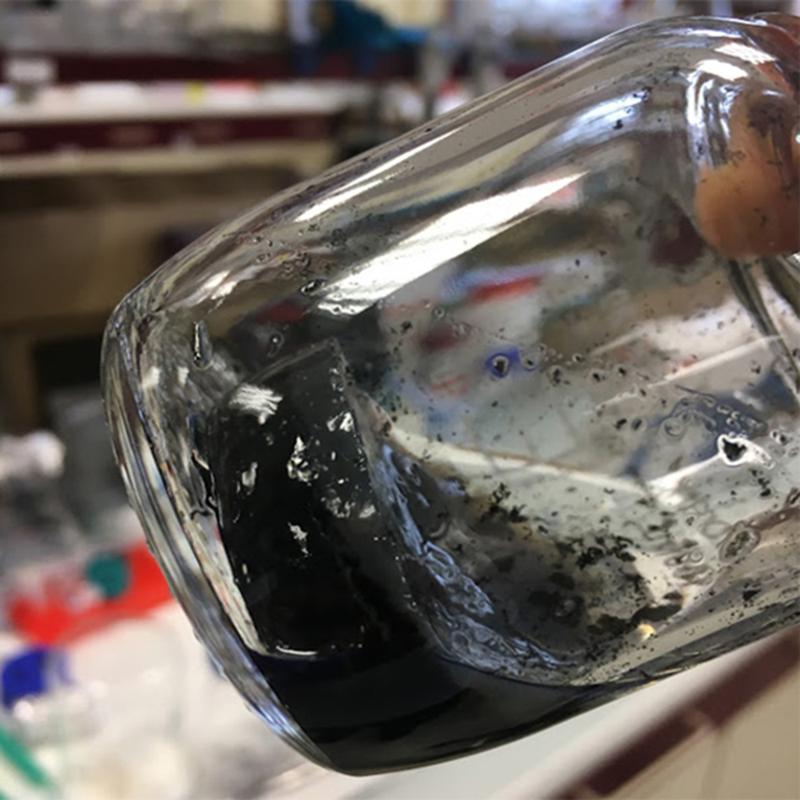 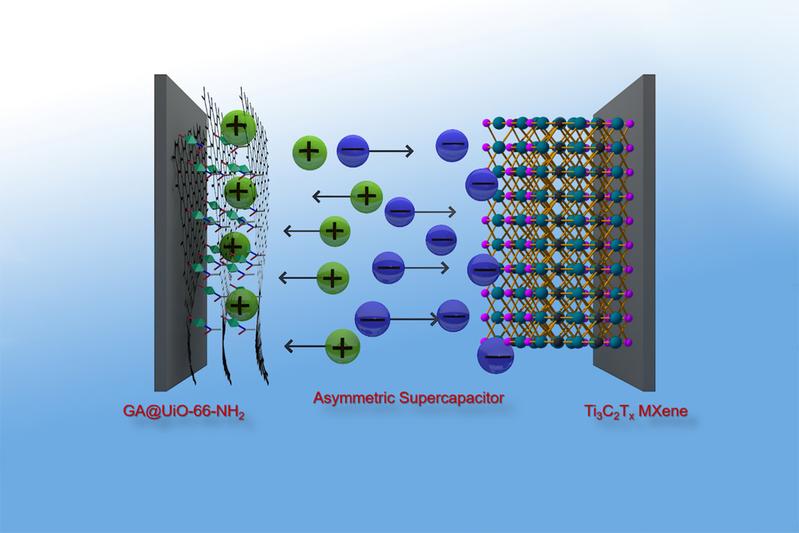 A team working with Roland Fischer, Professor of Inorganic and Metal-Organic Chemistry at the Technical University Munich (TUM) has developed a highly efficient supercapacitor. The basis of the energy storage device is a novel, powerful and also sustainable graphene hybrid material that has comparable performance data to currently utilized batteries.

Usually, energy storage is associated with batteries and accumulators that provide energy for electronic devices. However, in laptops, cameras, cellphones or vehicles, so-called supercapacitors are increasingly installed these days.

Unlike batteries they can quickly store large amounts of energy and put it out just as fast. If, for instance, a train brakes when entering the station, supercapacitors are storing the energy and provide it again when the train needs a lot of energy very quickly while starting up.

The team working with TUM chemist Roland Fischer has now developed a novel, powerful as well as sustainable graphene hybrid material for supercapacitors. It serves as the positive electrode in the energy storage device. The researchers are combining it with a proven negative electrode based on titan and carbon.

The researchers are betting on a new strategy to overcome the performance limits of standard materials – they utilize hybrid materials. "Nature is full of highly complex, evolutionarily optimized hybrid materials – bones and teeth are examples. Their mechanical properties, such as hardness and elasticity were optimized through the combination of various materials by nature," says Roland Fischer.

The abstract idea of combining basic materials was transferred to supercapacitors by the research team. As a basis, they used the novel positive electrode of the storage unit with chemically modified graphene and combined it with a nano-structured metal organic framework, a so-called MOF.

Decisive for the performance of graphene hybrids are on the one hand a large specific surface and controllable pore sizes and on the other hand a high electrical conductivity. "The high performance capabilities of the material is based on the combination of the microporous MOFs with the conductive graphene acid," explains first author Jayaramulu Kolleboyina, a former guest scientist working with Roland Fischer.

A large surface is important for good supercapacitors. It allows for the collection of a respectively large number of charge carriers within the material – this is the basic principle for the storage of electrical energy.

Through skillful material design, the researchers achieved the feat of linking the graphene acid with the MOFs. The resulting hybrid MOFs have a very large inner surface of up to 900 square meters per gram and are highly performant as positive electrodes in a supercapacitor.

However, that is not the only advantage of the new material. To achieve a chemically stable hybrid, one needs strong chemical bonds between the components. The bonds are apparently the same as those between amino acids in proteins, according to Fischer: "In fact, we have connected the graphene acid with a MOF-amino acid, which creates a type of peptide bond."

The stable connection between the nano-structured components has huge advantages in terms of long term stability: The more stable the bonds, the more charging and discharging cycles are possible without significant performance impairment.

For comparison: A classic lithium accumulator has a useful life of around 5,000 cycles. The new cell developed by the TUM researchers retains close to 90 percent capacity even after 10,000 cycles.

Fischer emphasizes how important the unfettered international cooperation the researchers controlled themselves was when it came to the development of the new supercapacitor. Accordingly, Jayaramulu Kolleboyina built the team. He was a guest scientist from India invited by the Alexander von Humboldt Foundation and who by now is the head of the chemistry department at the newly established Indian Institute of Technology in Jammu.

"Our team also networked with electro-chemistry and battery research experts in Barcelona as well as graphene derivate experts from the Czech Republic," reports Fischer. "Furthermore, we have integrated partners from the USA and Australia. This wonderful, international co-operation promises much for the future."

The research was supported by the Deutsche Forschungsgemeinschaft (DFG) within the cluster of excellence e-conversion, the Alexander von Humboldt Foundation, the Indian Institute of Technology Jammu, the Queensland University of Technology and the Australian Research Council (ARC). Further funding came from the European Regional Development Fund provided by the Ministry of Education, Youth and Sports of the Czech Republic.