His boxes are still standing around unpacked in a corner of his office in Loewenichstrasse in Erlangen. Wolfgang Kießling has just returned from a field trip to southern Italy, where he was studying coral reefs with three students from Erlangen and two colleagues from the University of Modena. However, the paleobiologists didn’t need their diving gear, as tectonic shifts mean that the reefs have been dry for 30 million years. The reefs still reveal quite a lot, for example if sediments made it difficult for them to thrive, whether their calcareous shells were damaged by acidic water or if they were affected by disease, such as the bleaching that is currently occurring at the Great Barrier Reef off the coast of Australia. "We are able to reconstruct such events quite well using the growth lines," explains Kießling. "We cut open some of the samples to investigate them and the rest will become part of our large collection of fossils."

Wolfgang Kießling loves research trips like this; he has been all over the world, to places like Oman, the Antarctic, the Philippines, Egypt and Australia. "Paleoresearch is quite well networked these days and the work is increasingly split up between institutions, which means you can actually achieve quite a lot at your desk," he says. That’s not really Kießling’s thing, though. He describes himself as a "hybrid" since he started out in the field of "traditional" paleontology, which thrives on collecting samples, but also describes himself as a "data person" who uses computers to simulate the consequences of changes in climate for ecosystems and above all, marine ecosystems. This expertise means Kießling is now the most cited paleobiologist in Germany and one of the world’s top researchers in his field.

Kießling knew from a young age that he wanted to carry out research on nature. He spent his childhood in the countryside near Coburg, the town of his birth. He enjoyed observing stars through his telescope, and was also fascinated by dinosaurs, "just like all children," he smiles. In the end, he decided on geosciences, as "it doesn’t involve cutting up animals." He also wanted to earn some money, and considered pursuing a career in the oil industry, but that was before he heard about calcifying algae. These were the topic of the first lecture he heard at FAU. "I was fascinated by these organisms, on the one hand due to their fascinating characteristics but on the other because of what they can tell us even after millions of years."

It was immediately clear to Kießling that to gather as much information as possible about these organisms, we would need a new system, a considerably better database than anything that was available in the mid-1990s. "At that time, paleontologists predominantly focused on describing individual fossils; big data was not yet an issue." He completed his postdoctoral studies in Chicago, where he learned how to use computers to standardize samples and how to select suitable areas for examination to ensure statistically representative results. "Each individual coral has a story to tell," explains Kießling. "However, if we hope to derive universal patterns of biodiversity, we need to look at a large number of corals from as many locations as possible and from as many different phases in the Earth’s history as possible."

Just after completing his doctoral degree, Kießling set up the PaleoReefs database, "initially just offline, as you can imagine what a lot of work it was to keep it up to date." Later he became a founding member of the Paleobiology Database, which is now the largest database for the systematic recording of extinct animals, plants and microorganisms, and currently includes half a million classified names. Kießling refers to it as "our database," with roughly one fifth of the entries from research conducted in Erlangen. 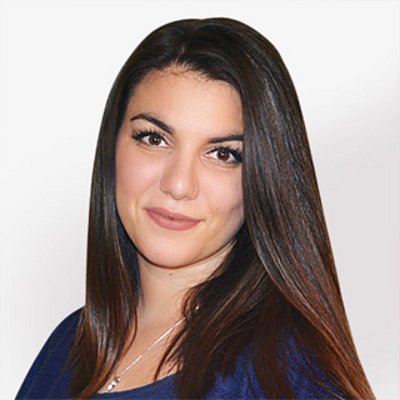 Our research group stands out by asking the big questions about climate change and Earth's history. I'm honored to be a part of such a dynamic team. 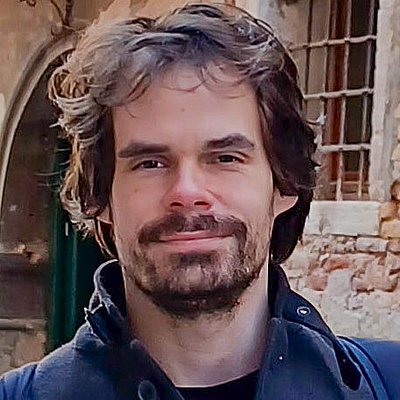 In Erlangen you can connect with the global community of palaeontologists while taking part in cutting-edge research. It is a unique, international hub!

Dr. Ádám Kocsis, Postdoc at the Chair of Paleoenvironmental Research 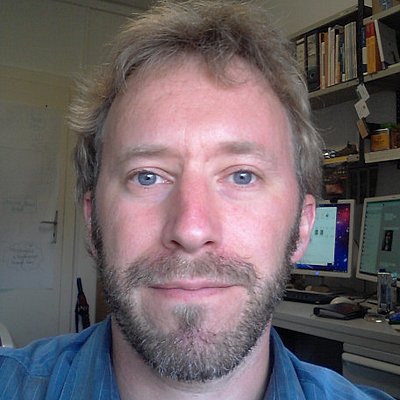 The Geozentrum at FAU stands out in its sense of community and facilities available, making it a very exciting place for palaeobiological research!

The better the database, the more reliably it can be used to analyze which events led to growth, death and migration. The media regularly turns its attention to Kießling when mass extinction of various species hits the news. "There have only been a few of these phenomena in the past, although they entailed serious consequences," he says. The extinction of dinosaurs springs to mind first. Today, it is often presumed that their extinction was caused by a massive meteorite hitting Earth 66 million years ago.

No less dramatic was extreme volcanic activity approximately 200 million years ago, when gigantic masses of lava flowed out of the Earth and covered an area of eleven million square kilometers, where the Atlantic Ocean is today. "This loss of habitat was a catastrophe in itself but the considerably worse problem involved the huge quantities of carbon dioxide that were released by the lava," explains Kießling. "The greenhouse effect caused temperatures to rise, the temperature of the sea rose by ten degrees, and at the same time the water became more acidic. Two thirds of all species disappeared from the face of the Earth."

Even the smallest changes in temperature have serious consequences. The margin is very small.

There is nothing we can do to prevent meteorite impacts or volcanic eruptions, but researching the impact of climate change on the life of plants in the past can give us valuable insights into the future. "Corals in particular show us that even the smallest changes in temperature have serious consequences," says Kießling. "The margin is very small." Increasing ocean temperatures cause animals to migrate to more northern latitudes, but there are several obstacles in their way. "In closed systems such as the Mediterranean there is no way back. Fish end up trapped with nowhere else to go." Coral reefs are extremely limited in their options for migration. As they require a lot of light, it is impossible for them to survive in higher latitudes or at greater depths.

"We have been observing these migratory movements for years and they are set to increase," explains Kießling. The EU’s aim to reduce greenhouse gas emissions to net zero by the year 2050 will not make any difference to them. "The system reacts far too sluggishly." The most important thing now is to create migration corridors, for example by creating connected marine preservation areas. As protection against the inevitable rising sea levels, Kießling suggests caring for and extending mangrove swamps, and protecting the existing coral reefs as much as possible. Nature-based solutions such as these are not only cheaper, they are also more effective than artificial construction measures.

In February, when the Intergovernmental Panel on Climate Change published its sixth assessment report, Kießling was one of the main authors. "It cost me three years of my life," he says. An unbelievable amount of coordination work and meticulous research goes into producing a report like this stretching to more than 3000 pages. "Sometimes you summarize 30 studies in one sentence, and still there are intense discussions concerning the wording of the sentence." The authors ponder each individual point, the text is reviewed three times by external reviewers, and later on governments have thousands of comments on it. "It is certainly an interesting experience, as unlike our research work we are not delivering any new findings; instead we are collecting and presenting the existing knowledge from each individual area."

Kießling does not intend to take on this Herculean task on behalf of the United Nations again since he is too much a researcher at heart. Currently, he is working on the question of how data from the hyperthermic events of the past that usually lasted over long periods can be modeled to give reliable predictions for shorter periods of time. At the moment, he is putting together a team to tackle this scaling task in a large research project.

Since at the end of the day everything comes back to data, Kießling, a pioneer in his field, intends to merge artificial intelligence and citizen science together. His Chair is currently developing an app that will allow users to receive information in real time about fossils they have taken photographs of. Such apps are already available for classifying local plants. "Both parties will benefit," explains Kießling. "The users will expand their knowledge, and we researchers will extend our pool of primary data."

He then hopes that he will finally find the time to unpack the boxes from Italy.