The small glass disc in Jasmin Meinecke’s lab doesn’t look exactly high-tech, even with the lasers and deflection mirrors around it. However, don’t let yourself be fooled: that elongated glass chip is the heart of the experiment. It simply conceals what happens inside it from the human eye. It is there that a mysterious process takes place, one that physicists have been trying to understand for decades: entanglement. In this process, particles enter into a mysterious relationship with each other.

Jasmin Meinecke is investigating how such correlations between individual light particles occur and under which circumstances they disappear again. To better understand the peculiar behavior, the physicist has devised fine structures through which the photons move. She drew the wavy lines in her lab book; the structures in the chip, which a laser burned into the glass body according to her templates, are not visible from the outside. However, the patterns cause the light particles in the glass to repeatedly approach and move away from each other, becoming entangled in the process.

This setup, which is comparatively simple for quantum physicists, allows Jasmin to investigate how the environment can influence quantum systems. Jasmin Meinecke completed her doctorate in Bristol in 2015 before coming to LMU Munich. She joined the MCQST cluster as a START fellow in January 2020. The idea of the fellowships is to give excellent postdocs the opportunity to develop their own projects. They receive 300,000 euros in funding and a place in one of the existing MCQST groups for two years. 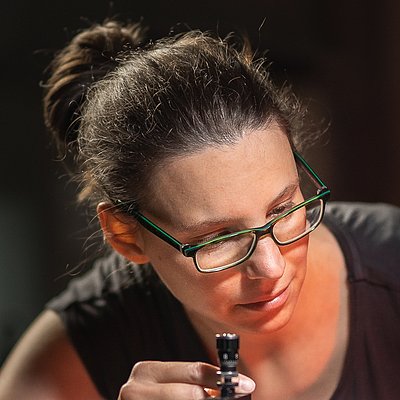 As a START fellow, I can develop a profile for myself for the future.

At the Chair of LMU physicist Harald Weinfurter, Meinecke has set herself the task of observing quantum systems that are exchanging with their environment—something that researchers otherwise want to avoid at all costs because these systems are very sensitive and quickly disturbed by external factors. “I’m fascinated by how and when quantum properties such as coherence or entanglement are lost,” Meinecke says. “Quantum properties do not disappear abruptly. The question is, where does the information go?”

The Cluster of Excellence Munich Center for Quantum Science and Technology (MCQST), funded by the Deutsche Forschungsgemeinschaft (DFG, German Research Foundation) comprises over 60 research groups from various disciplines, covering all areas of quantum science and technology from basic research to applications.

The core goal of MCQST is to discover and understand the novel and unifying concepts in the interdisciplinary research fields of Quantum Science and Technology (QST). The aim is make these tangible by developing extraordinary applications within reach by building next-generation quantum devices. Additionally to a strong research program, MCQST offers unique programs to support researchers on all career stages.

Her findings could also be used for technical applications; after all, integrated waveguides, which focus and guide light particles, are an important component for possible quantum computers. Meinecke says that the platform is still a playground for experiments. “But as a START fellow, I can develop a profile for myself for the future.” She will soon face the challenge of taking the next step in her career, such as establishing a junior research group as part of the German Research Foundation’s Emmy Noether Program. Until then, she says that being integrated into the cluster structures as a fellow helps her set up her own experiments and not rely solely on help from supervising professors. “It’s a step toward independence,” Meinecke says.

The area of quantum simulation deals with new approaches to understanding and controlling complex quantum many-body systems on dif­ferent time and energy scales, both in experi­ment and theory.

New experimental techniques are being pursued in order to address some of the biggest challenges posed by the construction of a quantum computer, a device that uses fundamental laws of quantum physics to solve complex problems that no classical device can ever be able to address.

Quantum information methods can improve and extend the capabilities of state-of-the-art communication sys­tems greatly, with an emphasis on information security and confidentiality.

On the quest for higher pre­cision, sensors are now reaching the quantum limit. At this point, quantum science is about to become an integral com­ponent of sensor development, providing fundamental new understandings of the presently attainable limits of noise.

During the last few years, different disciplines across quantum science have developed common interests. Entanglement is the bridging element and provides an innovative view of some of the most fundamental problems in these respective fields.

Nathan Wilson has also already completed the first few months of his newfound independence; he, too, has been a fellow since November 2020. The American physicist is sitting in his laboratory at the Technical University of Munich’s Walter Schottky Institute, another cooperation partner of the MCQST cluster, for the Zoom interview. 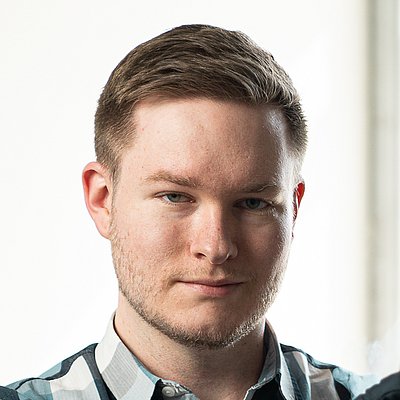 When I got the opportunity to come to Munich, I didn’t have to think twice. We have a perfect infrastructure here.

Next to him is a human-sized steel container. It is often the case that research at the limits of what is feasible appears rather unspectacular at first glance. Liquid helium in the cylindrical cooling container cools his samples—complex two-dimensional nanomaterials with completely new quantum properties known as superlattices—to between one and four degrees Kelvin. He is expected to develop new fabrication technologies in the context of his fellowship. “We have a perfect infrastructure here,” Wilson says. With such nanostructures, it is possible to realize on-chip quantum simulations and/or novel quantum many-body phases, for instance.

“The START Fellow program is a pretty unique opportunity worldwide,” Wilson says. As a young scientist at such an early stage in his career, having such a budget he can use to build his own small team is quite remarkable. A PhD candidate, two Master’s students, and a Bachelor’s student work in his group. “For me, the offer came at the perfect time,” Wilson recounts. Contact with the TU physicists Andreas Stier and Jon Finley got him excited about Munich when he was still a doctoral candidate at the University of Washington. “When I got the opportunity to come to Munich as a START fellow, I didn’t have to think twice,” he says.

Although he has been in Munich for nearly eight months, due to the corona pandemic, his “only visit to the city center was to the Immigration Authorities office. ” Wilson laughs. But he is already familiar with the city from previous visits. Plus, at the moment, he is much more interested in his research at the institute, discussions with colleagues, and the excellent funding conditions in the "Munich Quantum Valley." The American physicist says he can already sense a certain pioneering spirit, which is why he wants to stay in Munich for a while longer.

The START Fellowship offers excellent postdocs the opportunity to develop their own projects, thus enabling their independence. With a budget of 300.000 € for a funding period of two years, the fellows are allowed to start their own scientific project in one of the research units of MCQST. Applications are open to postdocs from around the globe. The next application phase will start in the fall of 2021. Exact dates and application details can be found on the cluster's website: MCQST—START Fellowship

The Munich Center for Quantum Science and Technology is also becoming increasingly attractive for postdocs from renowned universities such as Berkeley in California, where physicist Björn Sbierski still works. He is currently getting ready to move to Munich, having just been selected as a new fellow. “The MCQST cluster stands out; it’s an exciting place where theory and experiments go hand in hand,” Sbierski says. Having his first own research group is an important step for him as well. Together with his host at LMU Munich, Prof. van Delft, he has already selected one doctoral candidate, and other colleagues will follow.

“I have more ideas than I can implement on my own right now,” says Sbierski. His ideas deal with complex issues and can often only be tackled with complicated numerical simulations, involving aspects that are difficult for laypeople to understand, such as highly excited Rydberg atoms and novel quantum simulators or Dirac systems in solid-state crystals. But Sbierski has learned to take small steps, especially when it comes to the really big questions. “It’s like mountain climbing,” he says. “You take it one step at a time and eventually you reach the top.” 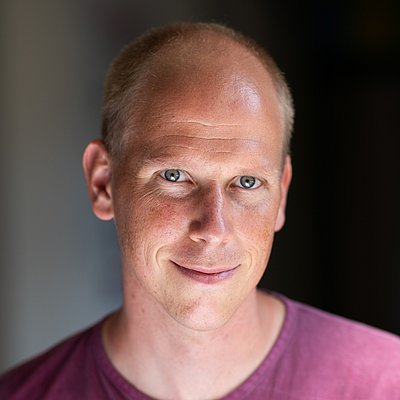 Having my own research group is an important step for me. I have more ideas than I can implement on my own right now.

That translates into looking at a problem as simply as possible at first. For physicists, that means initially masking as many more complex phenomena as possible and then gradually incorporating them into the model. In physics, a lot has to do with energy and the states of particles. So simplifying means, for example, making calculations with little energy or temperatures close to absolute zero, which reduces the possibilities. After all, if many particles in a solid can assume many states, it quickly becomes complicated. Differential equations can describe the theoretical behavior, but the more particles there are, the more equations there are—exponentially so. Therefore, although experimental physicists have long worked with many atoms in their quantum simulators, Sbierski needs to start with a simpler system.

“In my simplified model, I’m still solving a set of one million equations,” Sbierski explains. A million! He laughs, saying that the SuperMUC supercomputer at LRZ (Leibniz Super Computing Centre) in Munich can make the numerical approximations for simpler systems with up to a hundred atoms in a few minutes. In the future, it will probably be possible to pack up to a thousand atoms into the light lattices and control them. Sbierski wants to get a handle on such new systems as part of his fellowship project. “I’m looking for a connection to the experimental side, which is a great strength in Munich,” Sbierski says. He is already in contact with research groups led by Immanuel Bloch and Monika Aidelsburger. Because, as all researchers in the cluster know, the greatest quality lies in exchanging as many ideas as possible.