Intelligence – It's all about connectivity 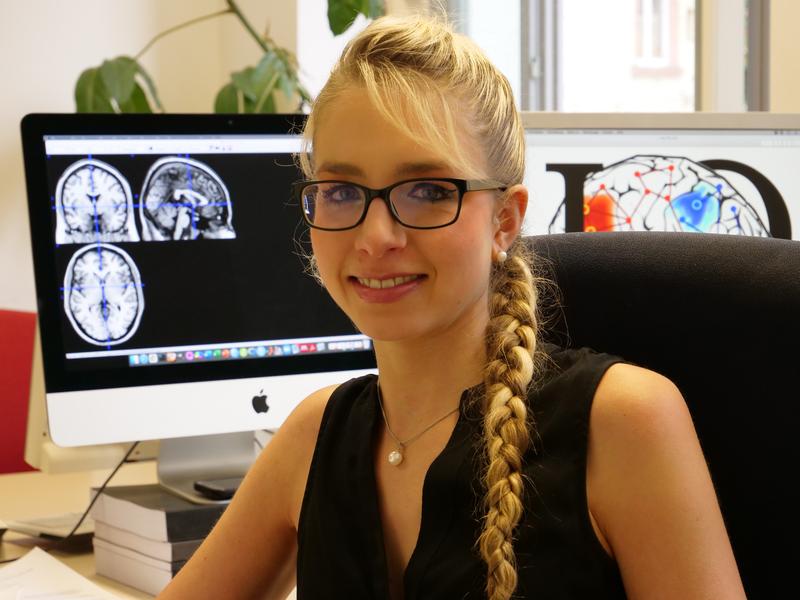 Human intelligence is closely associated with functional brain networks: The better these networks are developed, the easier it is for the brain to adapt to different tasks, this is shown by a new study of the University of Würzburg.

You are just enjoying a nap on the sofa when your son suddenly turns up and asks you to help him with his math homework. This change from resting state to working mode is quite challenging for the brain. Based on the type of task, a specific neural network must be activated. Depending on the complexity of the task, different networks may have to interact. All this requires energy and strength.

A new study recently published in the journal Cerebral Cortex suggests that the higher a person's intelligence score, the easier it is for them to switch between resting state and different task states. This ability is based on certain neuronal networks and their communication structures. "The functional brain network architecture of individuals with higher test intelligence scores during resting state is more similar to the architecture as required for various cognitive tasks," says Dr. Kirsten Hilger.

Kirsten Hilger is the head of the "Networks of Behavior and Cognition" research group at the Department of Psychology I at the University of Würzburg. Understanding the neural bases of human intelligence is one focus of her research. Her main interest is in the relationship between functional and structural brain networks and their significance for individual differences in intelligence. Together with the PhD student Jonas A. Thiele and a team from Indiana University, Bloomington (USA), she conducted the project funded by the German Research Foundation (DFG).

Functional and structural brain networks – to explain this difference, the neuroscientist uses a simple image: If you think of the information exchange between different regions of the brain as the transport of goods from London to Chicago, the highway would represent the structural brain connections – the better the highway infrastructure, the faster the traffic can flow. In contrast, the traffic would correspond to the functional connection of the brain. These functional connections were subject of the current study.

A study with more than 800 adults

For this purpose, the team used data from multi-centre projects with more than 800 adults that were made available to researchers within the scope of international "Data Sharing" initiatives. Participants of the study were either resting or had to complete various tasks. During this time, the activity of their brain was monitored using functional magnetic resonance imaging (fMRI).

Seven types of tasks had to be completed – each representing a different cognitive process. To activate their working memory, participants had to decide, for example, whether the last image in a long series of images was identical to a previously shown image. To study language processing, they were told a story; then they had to choose between two alternatives to decide what the subject of the story was. To test social cognition, they watched video clips of moving geometric objects. They were then asked to decide whether these objects interacted with each other or not.

"Magnetic resonance imaging enabled us to test our hypothesis that higher levels of general intelligence are associated with lower reconfiguration of brain networks," Hilger explains. Reconfiguration: This concept can also be illustrated using the road traffic metaphor.

"In the resting state, we measure the basic traffic, which is always flowing, so to speak," Hilger details. An external cognitive demand is then comparable to the rush hour or a holiday weekend – task-specific traffic comes on top of the baseline traffic, and depending on the task, different adjustments – or reconfigurations – are necessary.

Hilger and her team analysed the processes both in the entire brain and in different functional brain networks that are known to be associated with specific brain functions. The results suggest that the functional networks of humans with higher intelligence scores require less adjustment when switching between different cognitive states – their network architecture is designed to require less reconfiguration from resting state to working mode. Or figuratively speaking, their baseline traffic flows in a way that makes these adjustments less complex and does not cause congestions.

This effect occurred independently of the type of task to be completed – that is independently of the different cognitive demands to be processed. Their relative contribution to the observed effect was almost identical. According to the scientists, this result allows the conclusion that intelligence is a property of a widely distributed "multitask brain network" or in other words: "Intelligence is a phenomenon of the whole brain adapting to different requirements," Hilger says. The more intelligent an individual, the better their brain's network architecture is suited to perform various cognitive tasks.