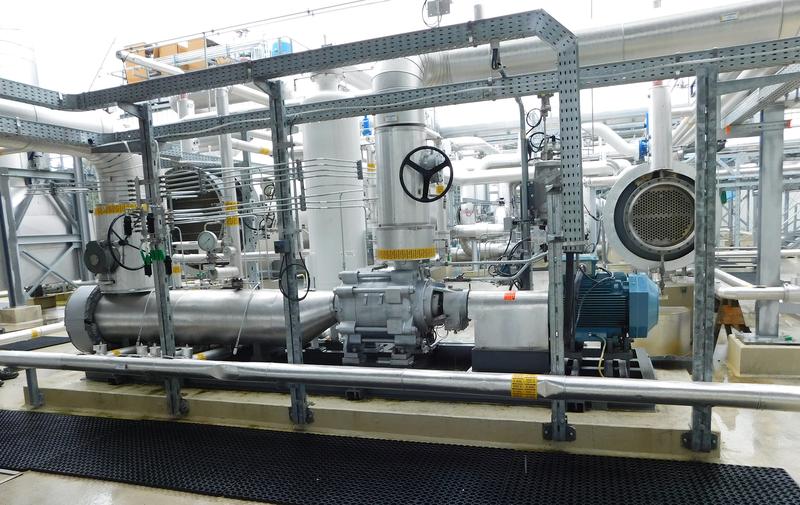 Geothermal energy as a sustainable energy source can make its own significant contribution to reducing CO₂ emissions in Germany. This is shown by a case study of the Kirchstockach power plant published by scientists at the Center for Energy Technology (ZET) at the University of Bayreuth in the journal "Renewable Energy". Geothermal research at ZET is integrated into the Geothermal-Alliance Bavaria, which has been funded by the Bavarian Ministry of Science since 2016. Within the framework of the recently launched second funding phase, ZET will receive around 500,000 euros.

The power plant in Kirchstockach, southwest of Munich, was commissioned in 2013 and produces around 40 GWh of renewable electricity annually. The new case study on this plant provides the first comprehensive life cycle assessment of a real geothermal power plant in Germany. Partners in the study were the Karlsruhe Institute of Technology and the Martin Luther University of Halle-Wittenberg. "We analysed the provision of electricity by the geothermal power plant in Kirchstockach, particularly from the point of view of CO₂ emissions. In the process, it turned out that if the heat stored in the earth's crust is used to generate electricity, the current state of the art produces less CO₂ than if biogas or photovoltaics are used to generate electricity," says Dr.-Ing. Florian Heberle, co-author of the study and Managing Director of the Centre for Energy Technology (ZET) at the University of Bayreuth.

To convert the geothermal heat stored in hot geothermal brine into electricity, Kirchstockach – like many other geothermal power plants in Germany – uses a particular process, the Organic Rankine Cycle (ORC). Instead of water, an organic fluid, a so-called working medium, is coupled with the heat source. The steam generated in this way drives turbines and is thus used to generate electricity. The case study has come to the conclusion that the CO₂ emissions of a geothermal power plant used exclusively for electricity generation depend to more than one third on the working medium used. Here, the scientists involved see significant potential for the even more climate-friendly operation of geothermal plants. "If natural refrigerants or hydrofluoroolefins (HFO) – these are novel organic compounds made of hydrogen, fluorine, and carbon – are used instead of the fluids that have been common up to now, CO₂ emissions arising from power generation can be significantly reduced," says Heberle, who has been researching the optimised use of geothermal energy as a sustainable energy source at the Engineering Thermodynamics & Transport Processes (LTTT) research group for many years.

"We very much welcome the far-sighted decision of the Bavarian Ministry of Science to continue funding the Geothermal Alliance Bavaria in its second phase until 2024. For this year alone, a total of € 1.9 million has been made available for research projects aimed at making greater use of geothermal energy for an integrated energy supply from sustainable energy sources. The Center for Energy Technology at the University of Bayreuth will participate in this, especially in the field of heat supply. Among other things, the focus is on the technical, economic and ecological investigation of innovative energy systems with high-temperature heat pumps. In addition, we are also cooperating most successfully with the Center of Competence for Combined Heat and Power at OTH Amberg-Weiden, which is being funded in parallel with the Geothermal Alliance," says Prof. Dr.-Ing. Dieter Brüggemann, Director of the Centre for Energy Technology and Chair of LTTT.

In addition to the University of Bayreuth, the Geothermal Alliance Bavaria also includes the FAU Erlangen-Nuremberg as well as the Technical University of Munich, the LMU Munich, and the Hochschule München University of Applied Sciences Munich.

Back
Energy Mechanical Engineering University of Bayreuth
© Research in Bavaria