Unfortunately, war has never been out of fashion. Least of all perhaps in the gaming market. Playing war games is potentially worth billions, with new games coming out each year and millions of gamers all over the world impatiently awaiting to wage battle with them. Does video gaming foster violence and instil social ineptitude in its practitioners as frequently suggested in the media?

"Video games are an emergent space under consideration in the field of area studies," says PhD candidate Jon Matlack, who came to Regensburg from Syracuse University New York in 2015. In 2018, he completed his master's degree at the Institute for English and American Studies at the University of Regensburg, and since March 2020, he has been working on his dissertation on how joint military exercises between the U.S. Army and the German Bundeswehr acted as a conduit for Western identity formation during the Cold War.

Together with PhD candidate Cornelius Merz and student Denise Trzka, Jon Matlack recently led a graduate workshop for international early career researchers on the production of spatiality and community in contemporary gaming. The workshop looked at how the experience of gaming creates new spaces and collective experiences as well as addressing questions such as gender construction in video games, forms of knowledge production informing the construction of authenticity in gaming, and the implications of gaming for the construction of historical memory and the nation-state. Contributions from the workshop will be published as essays in the online blog-journal "Frictions: Europe, America and Global Transformations."

The graduate workshop and the online blog-journal involve Bavaria’s first Leibniz ScienceCampus (LSC): "Europe and America in the Modern World: Transformations and Frictions of Globalization,” which was launched in 2019. LSC is a joint project of the University of Regensburg and IOS—the Leibniz Institute for East and Southeast European Studies, one of Germany’s largest centers specializing in these regions. IOS is also based in Regensburg and collaborates closely with the university.

Area Studies research in Regensburg employs interdisciplinary and multiscalar approaches to explore the big questions of our world, both past and present. It analyzes phenomena from both global and local points of view, examining how place-specific events and practices can transform global and regional processes, and vice-versa.

In an increasingly interconnected world simultaneously characterized by difference, area studies provide an epistemological lens through which to understand how spaces of experience and horizons of expectation manifest in institutions, social structures, bodies of knowledge, and cultural systems in spatially and culturally specific ways. 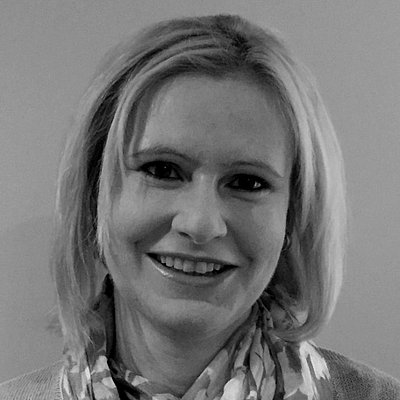 Multidisciplinary area studies engage the 'great challenges' with knowledges, probed (self)critically and produced jointly, about and across spaces. 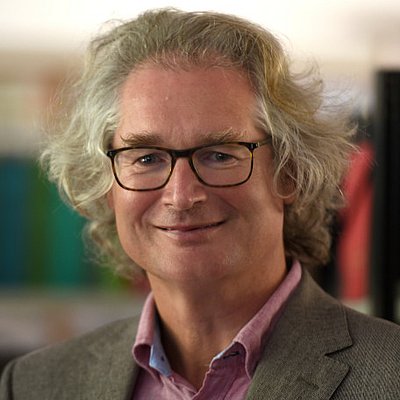 Studying Southeastern Europe means engaging with a region that defies easy categorization and that holds many surprises.

Prof. Dr. Ulf Brunnbauer, Academic Director of the Leibniz Institute for East and Southeast European Studies, Chair of History of Southeast and Eastern Europe, UR 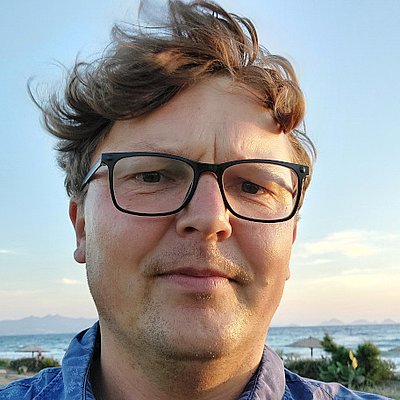 I have three nationalities, so area studies in Regensburg reflects my experiences of connecting and reflecting diverse practices, cultures, and traditions.

Dr. Paul Vickers, manager of CITAS and the Leibniz ScienceCampus “Europe and America in the Modern World,” member of the editorial board of the blog-journal Frictions, UR

Early career researchers like Matlack also receive inspiration and insights from the Regensburg-based Graduate School for East and Southeast European Studies (GS OSES) and CITAS—the Center for Transnational and International Area Studies at the University of Regensburg. The latter was founded in 2017 as an interfaculty research center involving the faculties of philosophy, art history, history and humanities, as well as languages, literature and culture.

The aim of CITAS has been to develop research synergies in the field of area studies between the University of Regensburg, the Leibniz ScienceCampus, and IOS, as well as other research institutes at the University of Regensburg, such as REAF—the Regensburg European-American Forum and Forschungszentrum Spanien (Centro de Estudios Hispánicos), which focuses on the Hispanophone world. CITAS has served as a platform for developing the conceptual and methodological foundations for multidisciplinary, multiscalar, and transregional approaches, by encouraging the development of collaborative research projects.

Among the common objectives of institutions and researchers involved in area studies is exploring diversity in the context of a globalized world and the concrete, locally specific manifestations of far-reaching globalization processes. Currently, the institutions and faculties are engaged in developing a new department structure, DIMAS (Department of Interdisciplinary and Multiscalar Area Studies), which includes six new professorships.

The new professors at DIMAS embrace a strong grounding in the study of regional practices, languages and cultures and explore how global phenomena like migration, pandemics, and supply chain shocks concretely manifest at the local scale. At the same time, they are also keenly interested in translocal knowledge production—for instance, how areas like “Eastern Europe” or “the Middle East” are constructed in the first place and how ideas are translated (or not) between said regions and centers of knowledge production in the Global North.

Anne Brüske is a literary and cultural studies scholar who focuses on the borderlands and boundaries of areas in (post)colonial and post-socialist contexts like the Caribbean and its diasporas as well as inter-American and transatlantic entanglements. 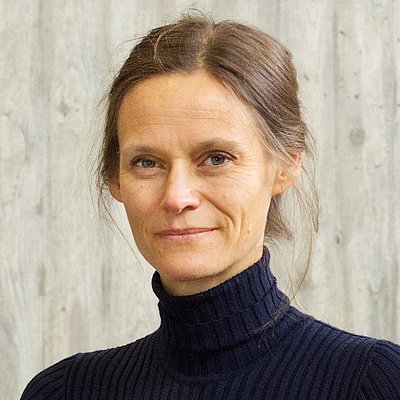 Looking into cultural entanglements in post-cold war and postcolonial settings provides us with the transregional dimension of cultural processes.

Rike Krämer-Hoppe focuses on the transregional development of norms from an interdisciplinary perspective. She concentrates on national, European and international environmental and climate protection law, as well as trade and constitutional law. 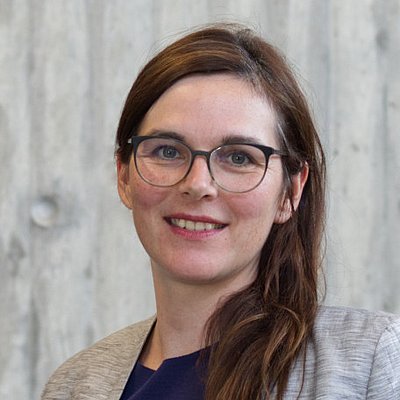 Analyzing traveling legal norms and their application from one region to another enables us to question orthodoxies.

Timothy Nunan is a historian with a focus on the history of international order and ideologies such as communism and pan-Islamism. 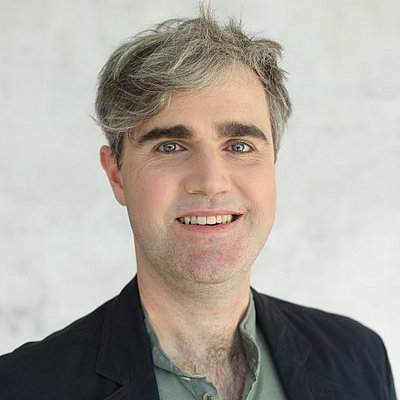 Anna Steigemann is an urban researcher and sociologist whose work particularly focus on how global processes shape local spaces and communities and vice versa. 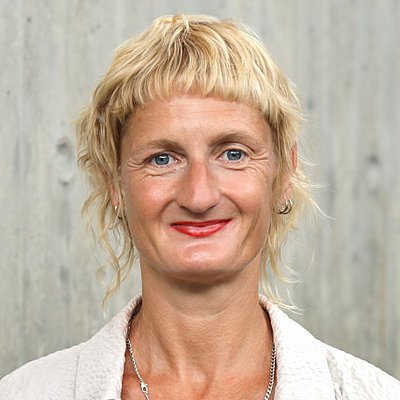 We look at the relationships between how our social life is deeply entangled with what is happening somewhere else.

"I really like that all institutions in Regensburg are interlinked," says Professor Anna Mazurkiewicz, smiling cheerfully. She is one of three visiting professors at LSC in the summer 2022. Mazurkiewicz is the deputy dean of the faculty of history at the University of Gdansk, Poland. She also chairs the Scientific Council of its International Border Studies Center and is familiar with North American academic life having studied in California, taught courses, and worked as a research associate at numerous universities in the United States, including a term as a Fulbright Senior Scholar at Stanford. She now enjoys doing research and teaching in Regensburg and "being exposed to the global exchange with professors and graduates. There is good energy, you can grow," she says.

Anna Mazurkiewicz recently taught a seminar about political exiles from Central Eastern Europe during the Cold War. With an interdisciplinary group of students, she examined examples of exiles’ engagement throughout the world. From Western Europe via Latin America to Asia, Mazurkiewicz’s research focuses on both regional and transatlantic events, analyzing the political, cultural, and social biographies, timelines, and circumstances that surrounded them. The area studies institutions in Regensburg also have international connections with partner universities ranging from nearby Prague through to other European capitals like London and Madrid, and renowned American universities such as Ann Arbor and Berkeley, as well as Medellín University in Colombia.

What makes Regensburg particularly attractive for early career researchers? "Once you are in one center you can easily take advantage of the synergies that exist within the university and the non-university research institutions. It is different where I come from; we are still very much stuck within the disciplines," says Anna Mazurkiewicz. "Here—just navigate!"

Heidrun Hamersky is an art historian with a focus on underground culture in Central and Eastern Europe during the socialist era. She is part of the founding team of the Graduate School OSES and has managed the PhD program at the UR since 2012. 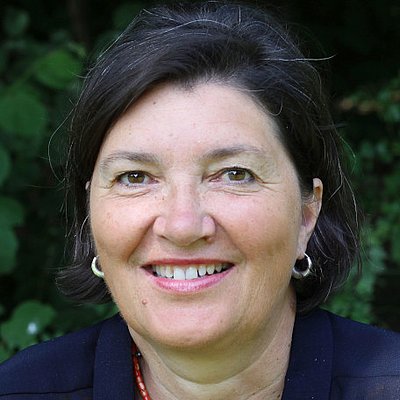 All areas in one: This makes the GS OSES and its partners a unique place for training the next generation of top researchers.

Tamara Heger’s dissertation project investigates the liberation of the Flossenbürg Concentration Camp from the perspective of US soldiers. 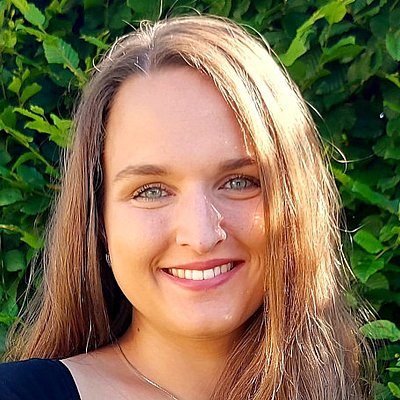 Through the collaborations between REAF, CITAS, and the Leibniz ScienceCampus I have been able to make great connections with international scholars.

Simone Schneider is pursuing a master’s degree in European-American studies at the University of Regensburg. She was responsible for PR, communications, and translations at the Science Campus. 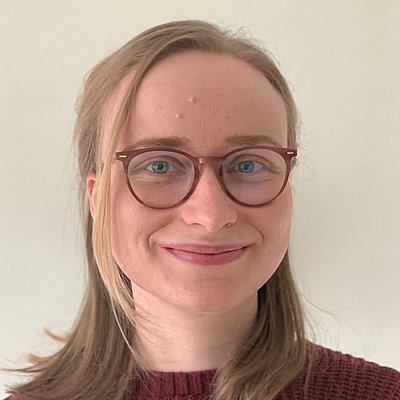 The opportunity to work at the ScienceCampus has expanded my understanding of the multi-layered dimensions of transatlantic entanglements. 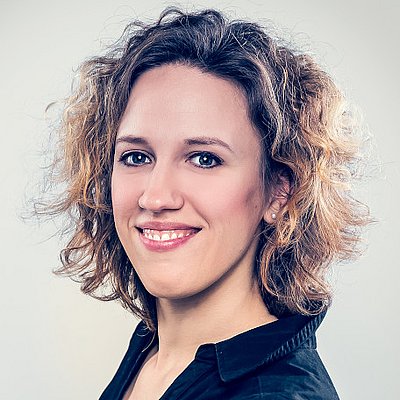 Pursuing research in the context of an international and multidisciplinary network of scholars inspires me to think beyond disciplinary boundaries.

Carmen Dexl, PhD, assistant professor in American studies and co-coordinator of KNOW IN, UR

MS ISLA stands for Mediterranean Studies on Island Areas. The CITAS-funded network consists of 9 members from different disciplines ranging from anthropology to medieval studies who focus on different regional areas from Cyprus to Sardinia. 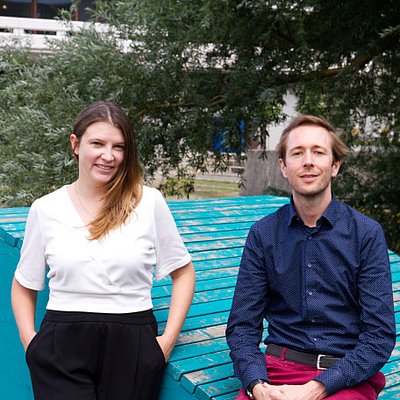 Understanding islands as bounded and often remote spaces has always been central to island imaginaries. But to reduce islands to this risks being simplistic and essentializing.

Dr. Jonas Hock and Dr. Laura Linzmeier, on behalf of the MS ISLA network members, UR

Mazurkiewicz is particularly impressed by the many academic institutions and "the impressive atmosphere" that includes so many international visiting scholars who introduce themselves in the regular LSC format "Meet the research fellows," which is usually guided by the spiritus rector of LSC and IOS’ academic director, the historian Professor Ulf Brunnbauer.

PhD candidates Jon Matlack and Cornelius Merz clearly enjoy developing their ideas and projects in this atmosphere, too. "You will hardly find another institution that so eagerly invests not only trust but also money in extraordinary projects by junior researchers," Matlack notes.

More about the University of Regensburg